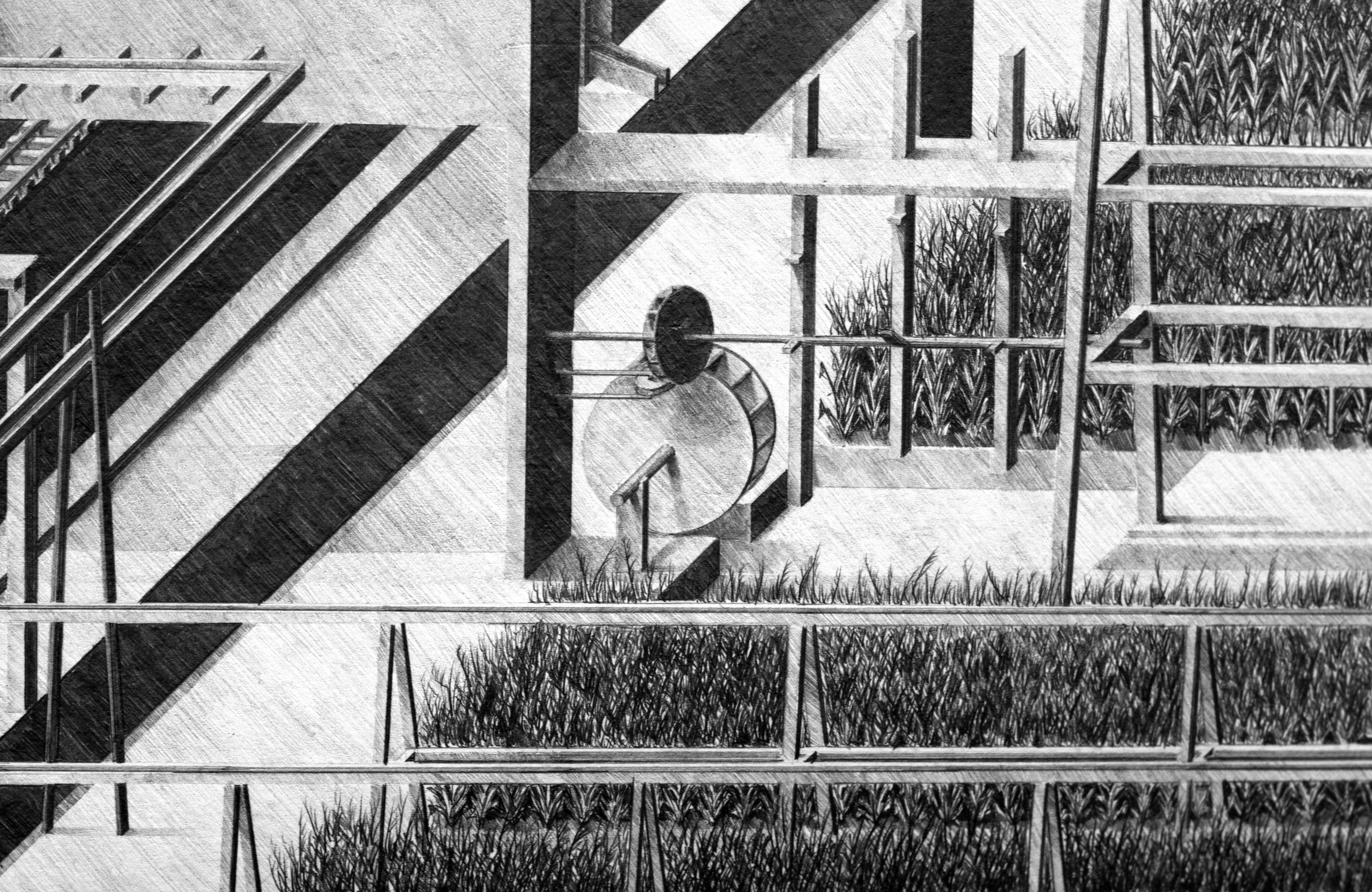 These pencil drawings depict a speculative design for an inhabited wall which wraps around San Francisco’s Treasure Island, protecting it from flooding while also housing those displaced by rising sea levels in the bay. The building is a sanctuary in which climate refugees can mourn the loss of their homes whilst reassessing their values and the realities of climate change. Within this self-sustaining island, the processes of water purification and energy production are articulated and celebrated.

The project explores a fascination with the analogue, both in the production method of the drawings, and the architecture they unfold. Its meticulous hand-drawings reflect the project’s interest in complex analogue systems, which take particular inspiration from The Illustrated Encyclopedia of Diderot and d’Alambert. Beginning with collages made from parts of illustrations from this encyclopaedia of pre-industrial life, strange spatial machines emerged - such as the furnace for burning the maize, the water purification system, the bellows which aerate the well - which became the keystones around which the architecture grew.

In this project, industry is spliced with domestic life, creating unlikely meetings and atmospheres. For example, the dappled light you would pass through at the threshold to your bedroom, caused by the water filtration channels above, or the warmth you would feel as you sat on the bench inset into a brick wall, behind which the furnace burnt. This weaving together of industrial and domestic, results in ordinary yet extraordinary spaces.

While in digital times, purpose is often obscured by design, in such an analogue building, purpose is made tangible, framing and forming the character of the space. This sense of dedicated purpose is also explored in the drawings. Working in such a slow and laborious way draws out atmospheres and details that, had the drawings been faster to produce, would never have surfaced. In a way, the architect is forced to inhabit the space through the attention paid in the drawing process.

Rather than a depiction of the building, the drawings become objects in their own right. At once finished and open-ended, the viewer is invited to imagine their own world within them, as well as that which might exist beyond the confines of the sheet of paper.
‍ 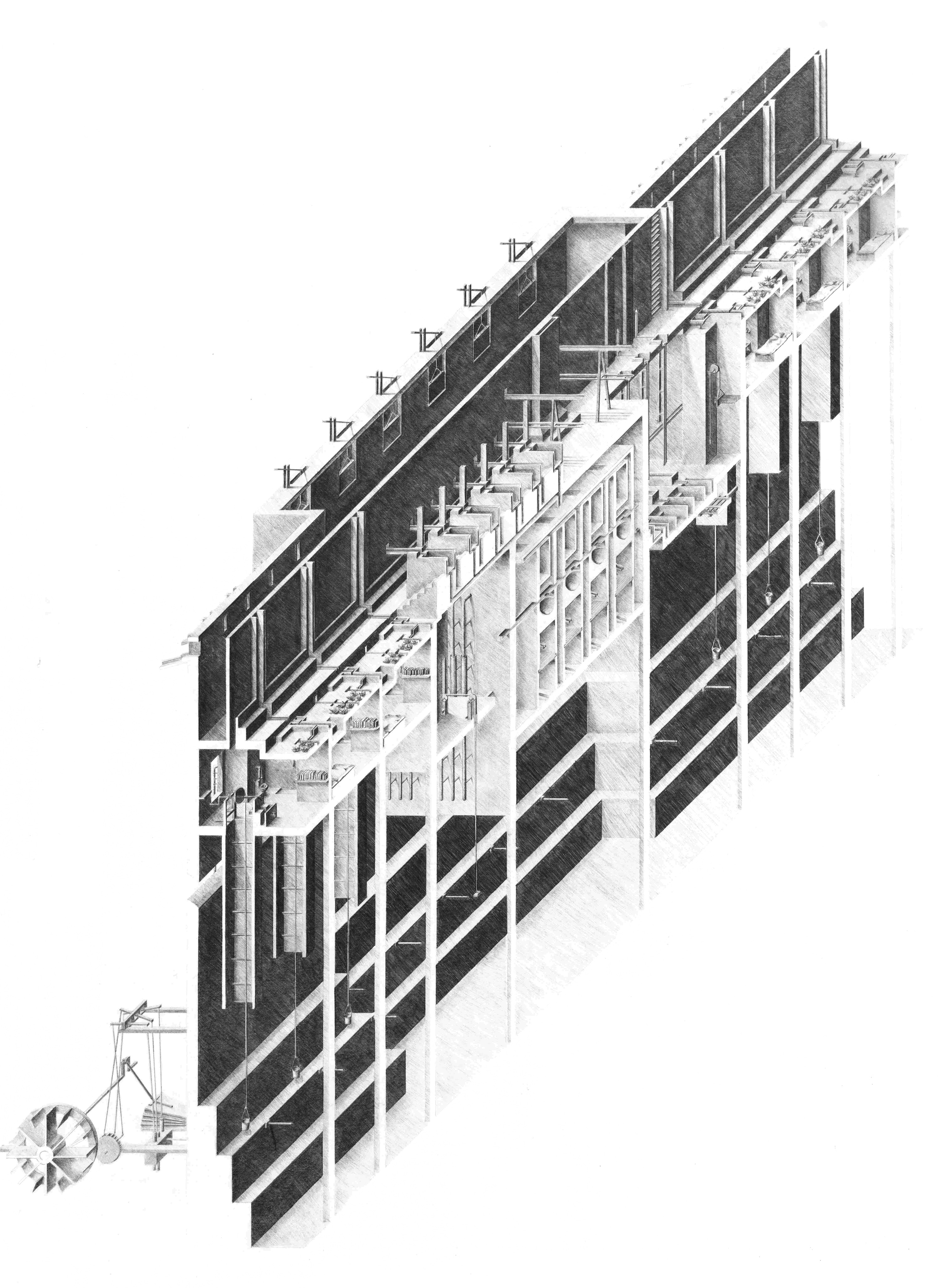 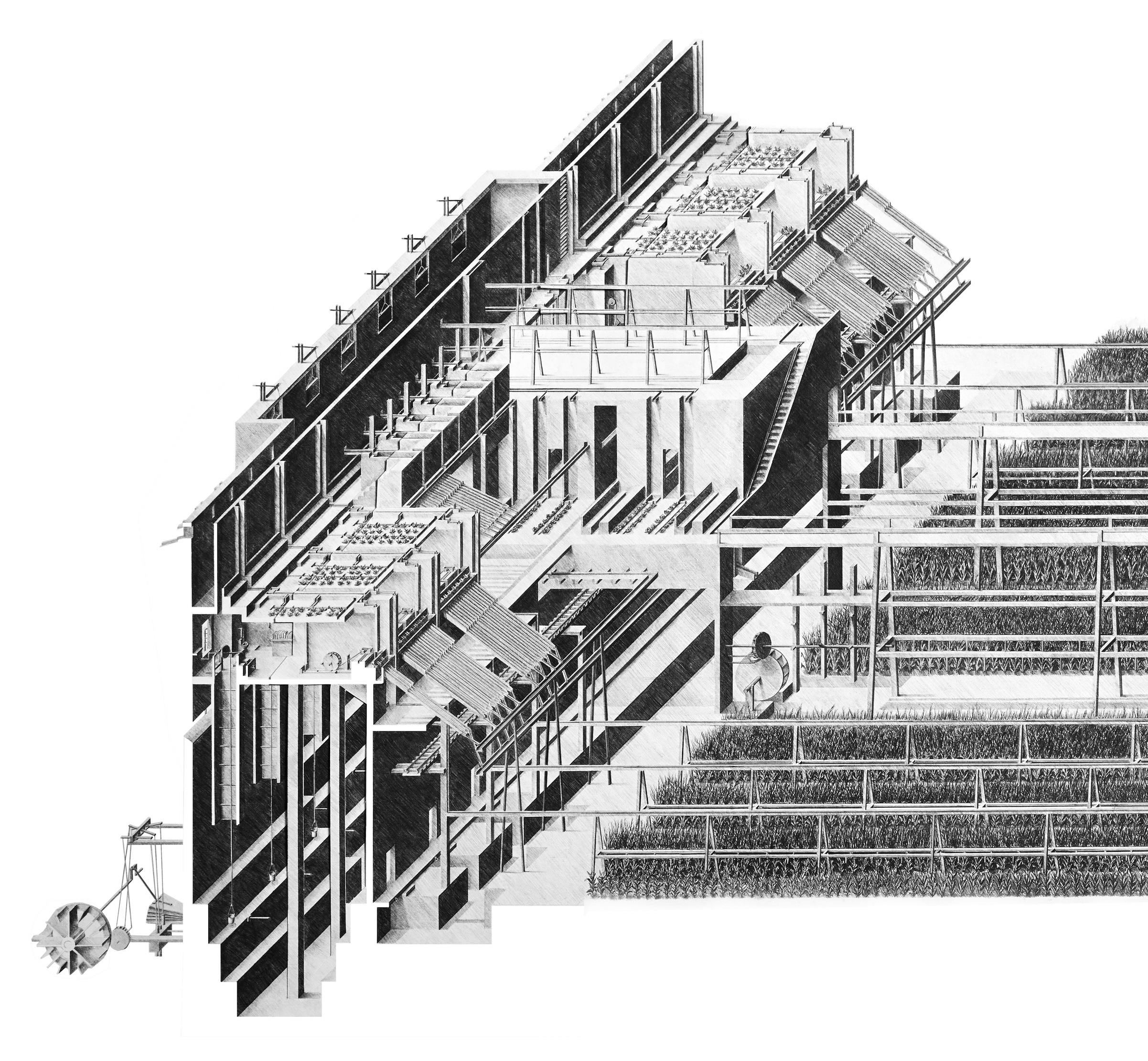 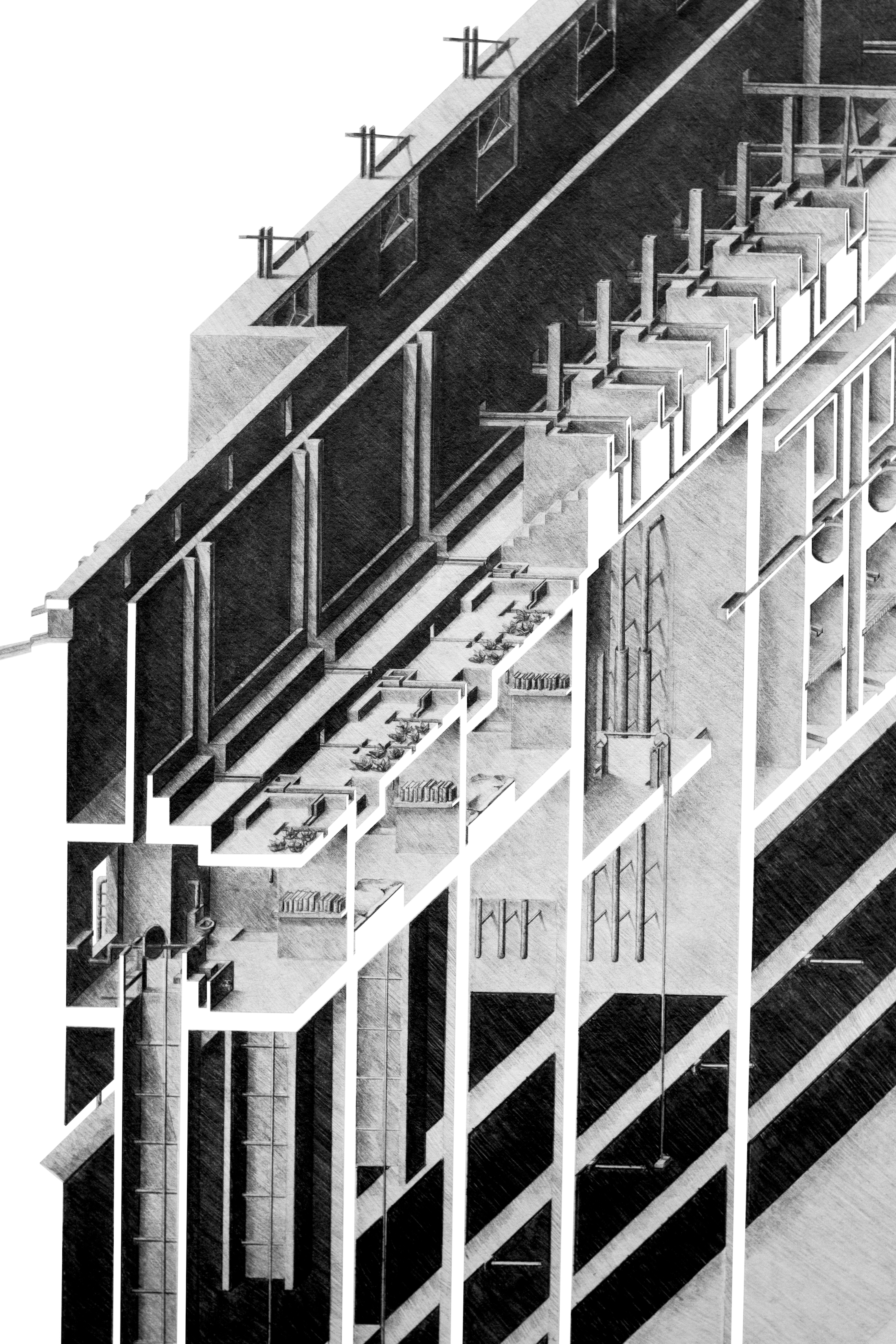 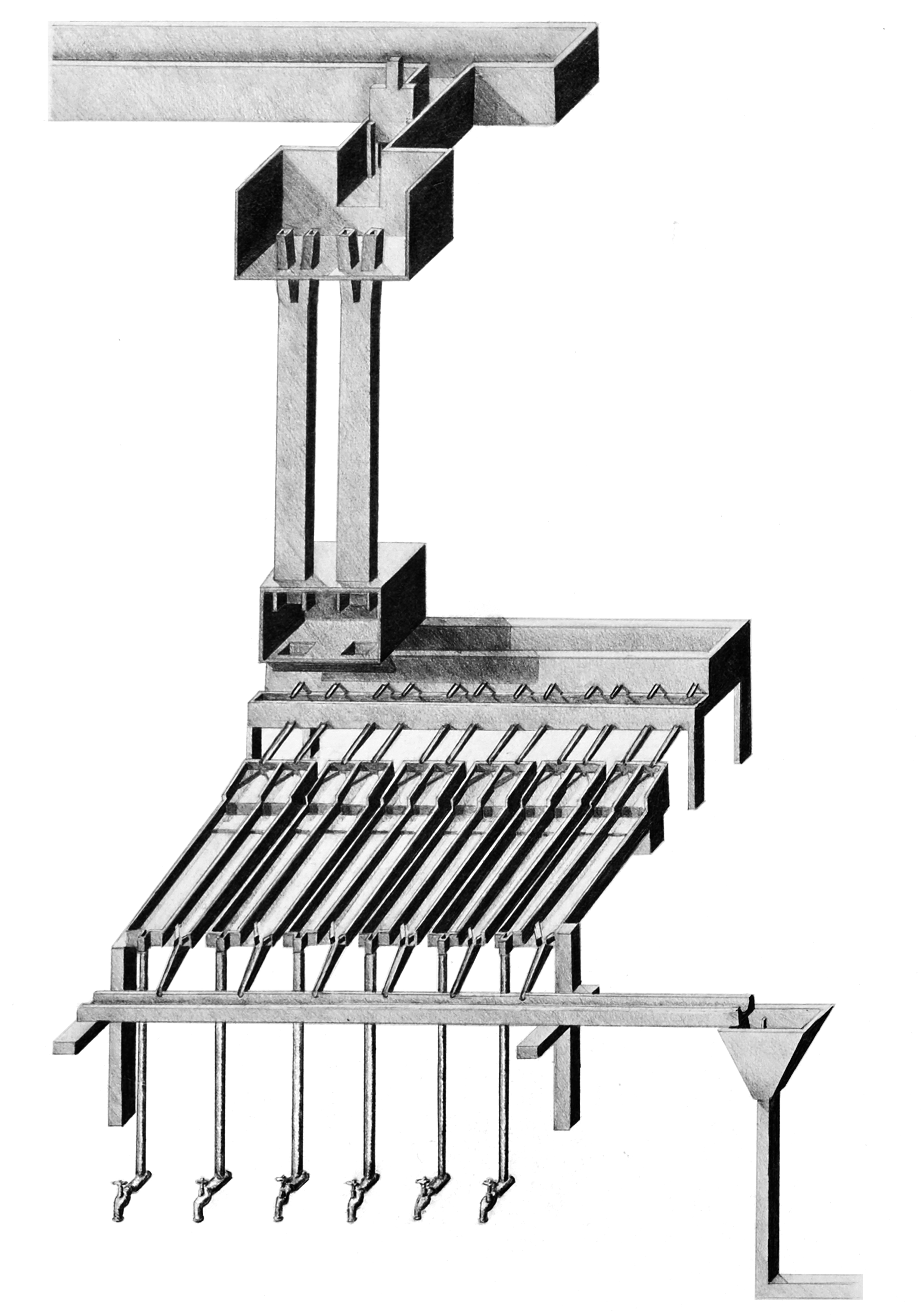 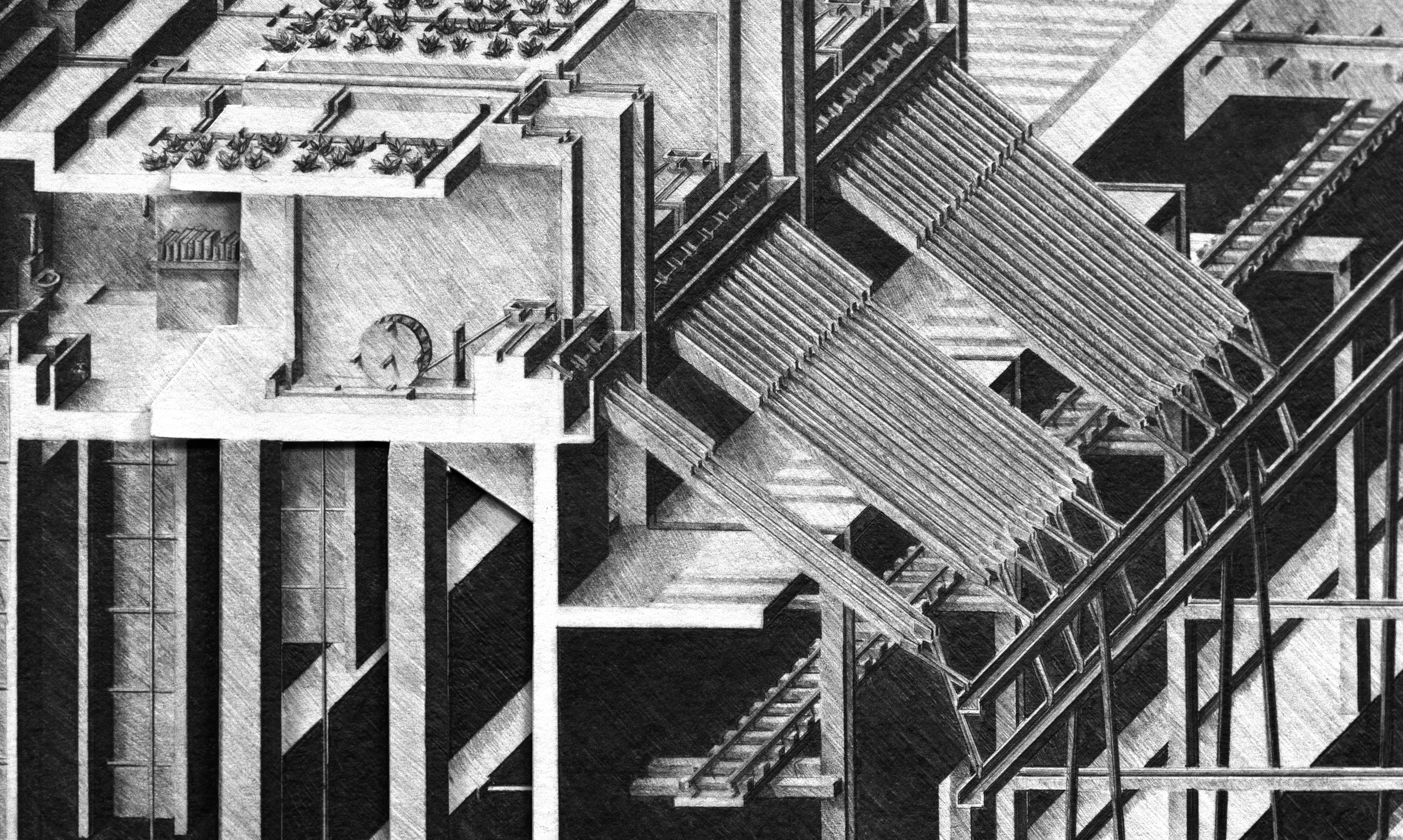 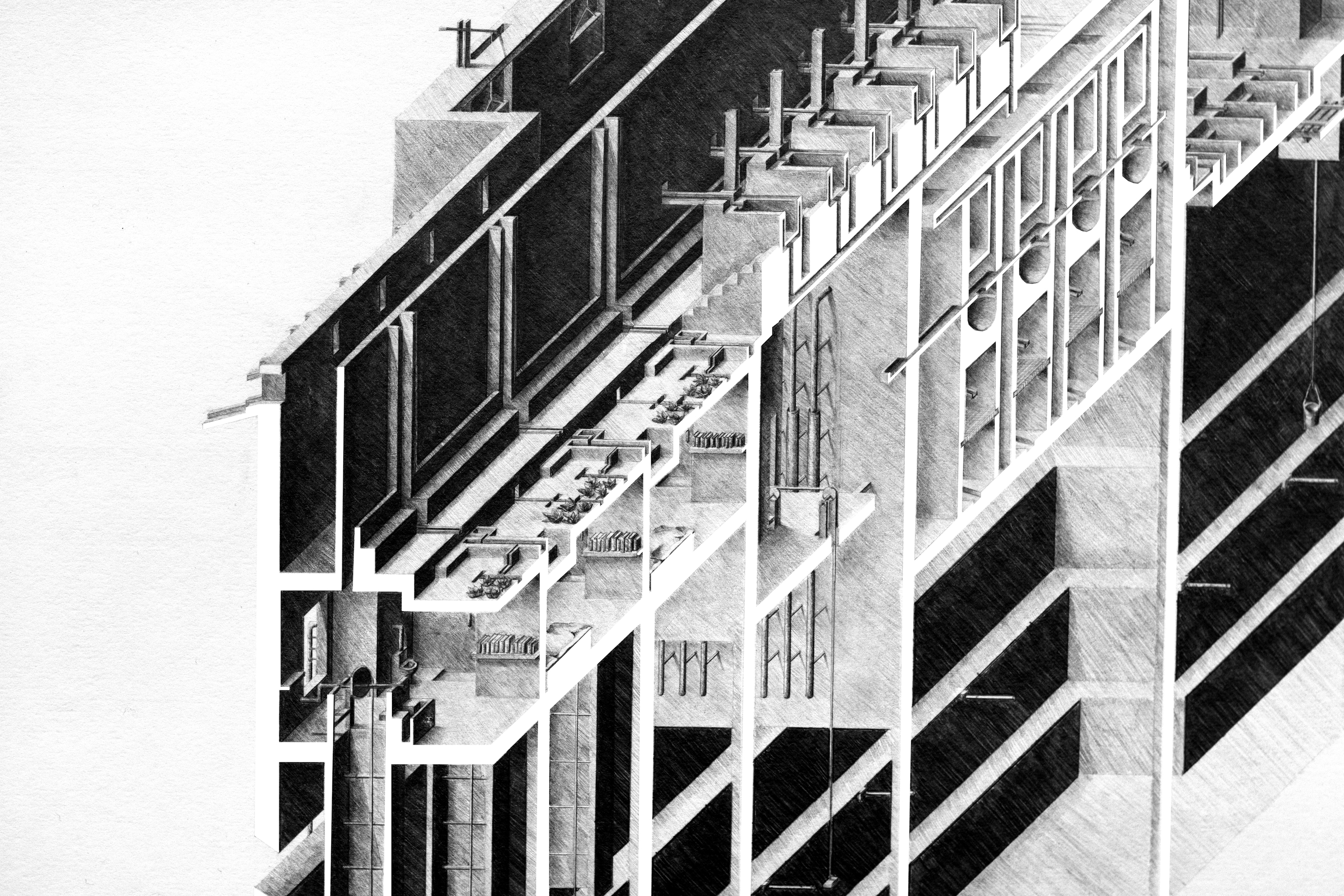 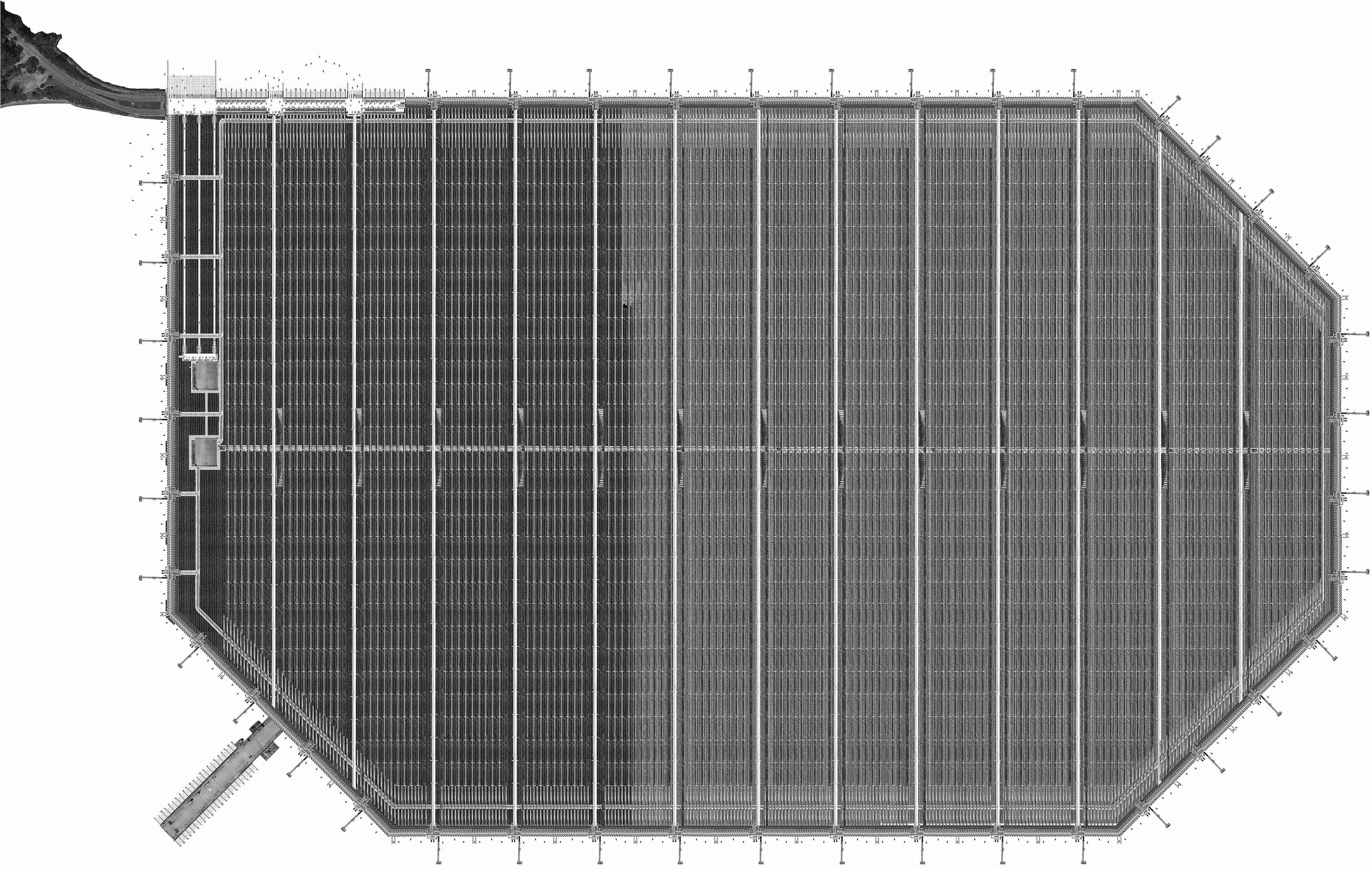 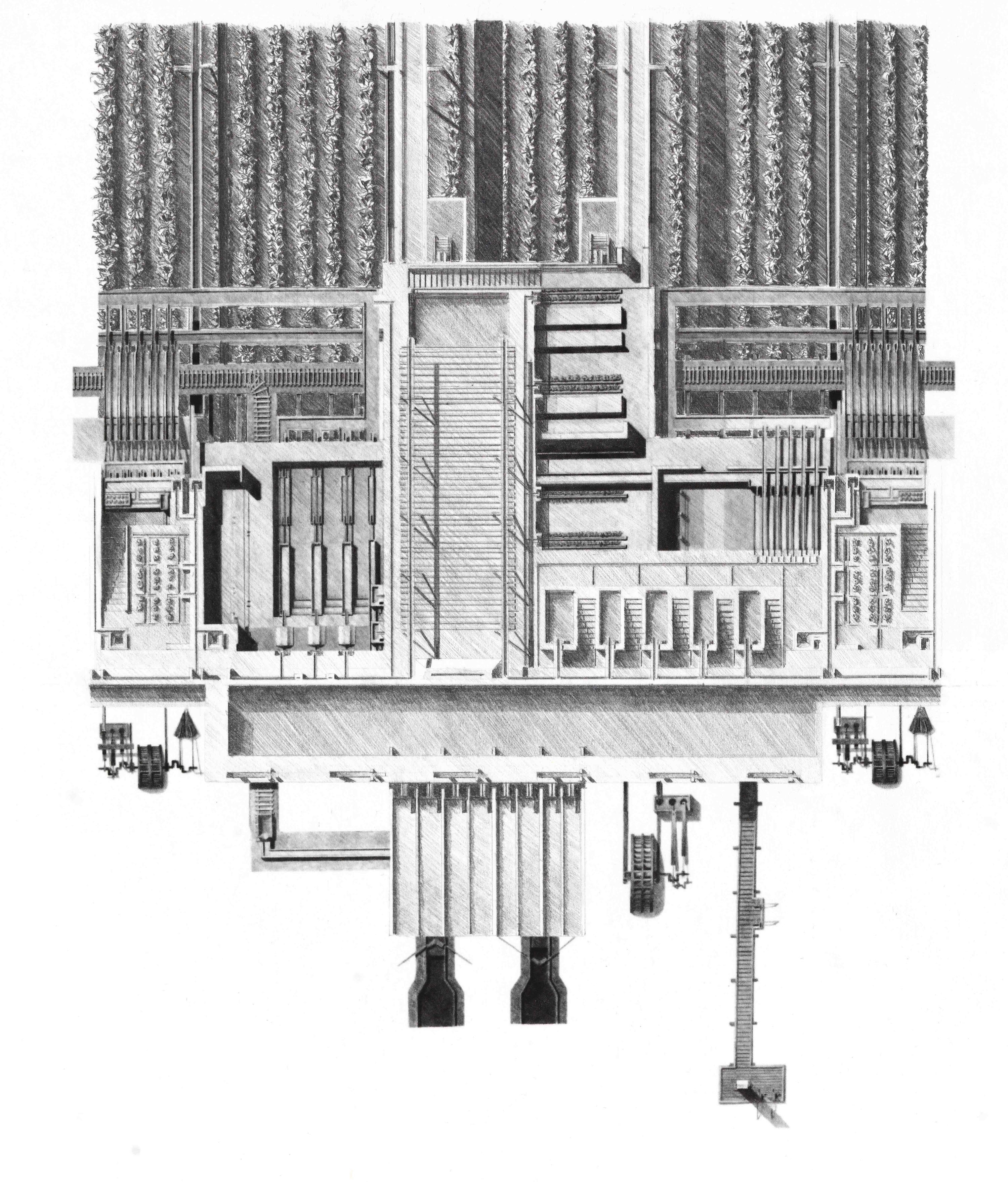 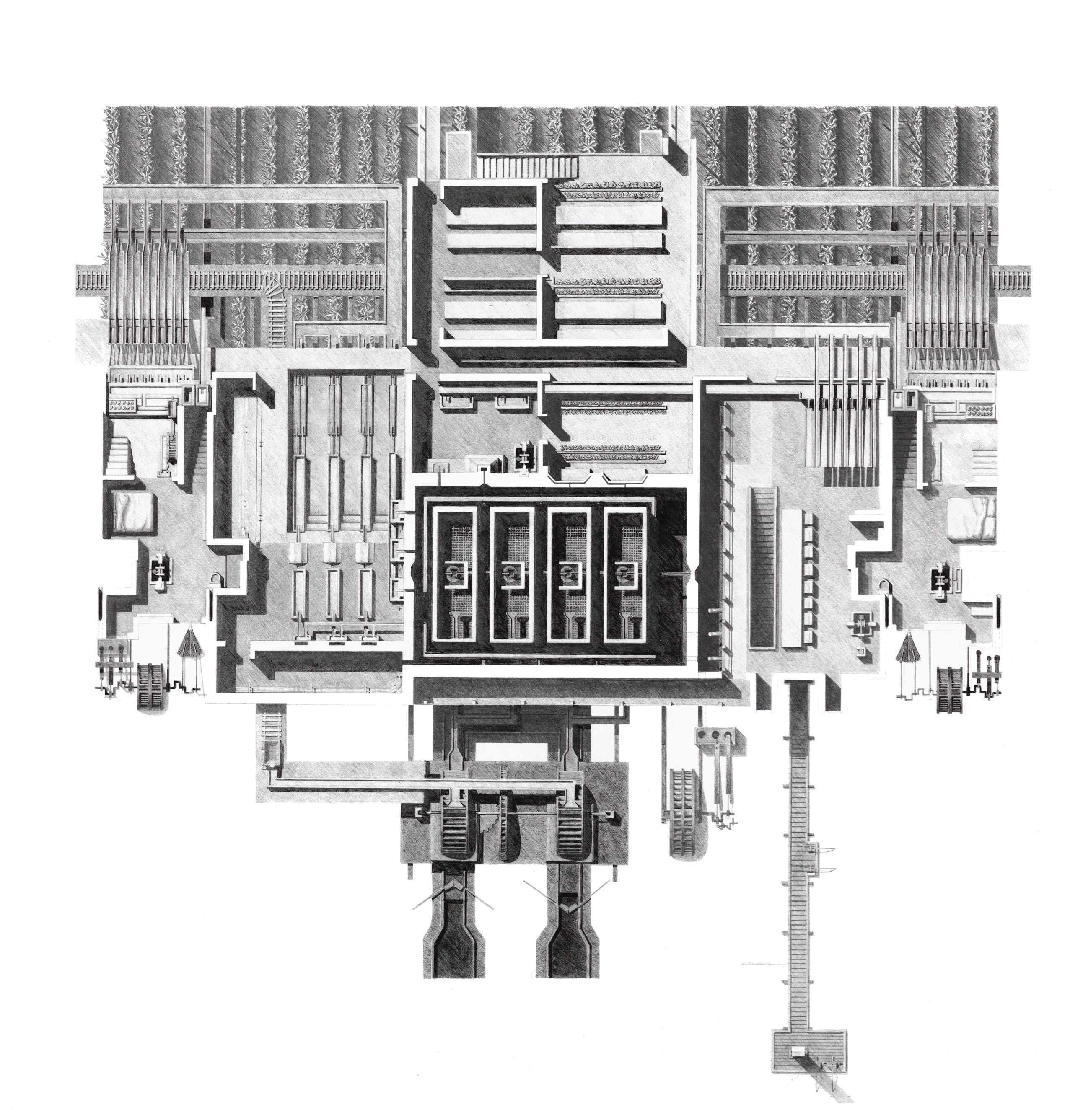 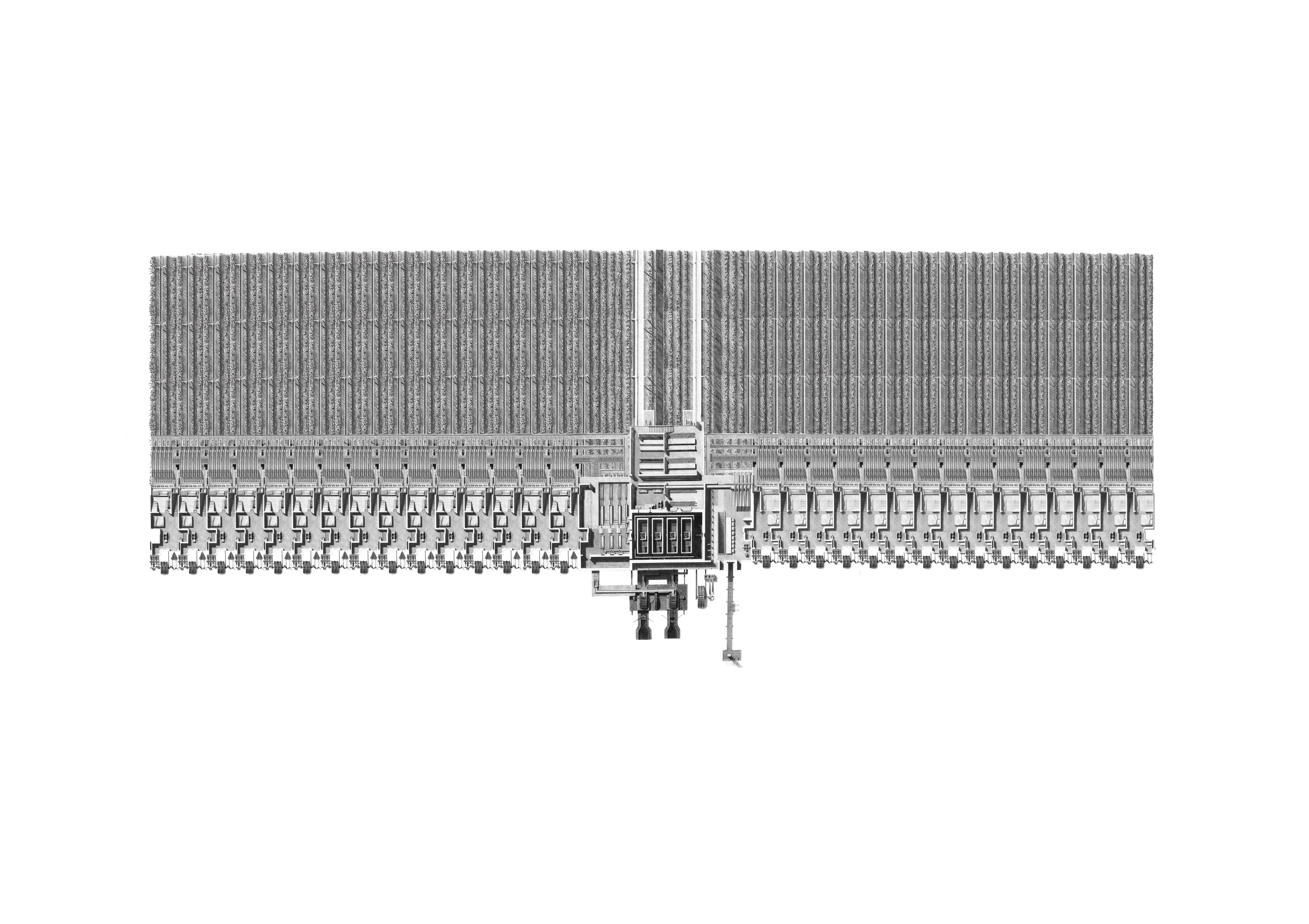 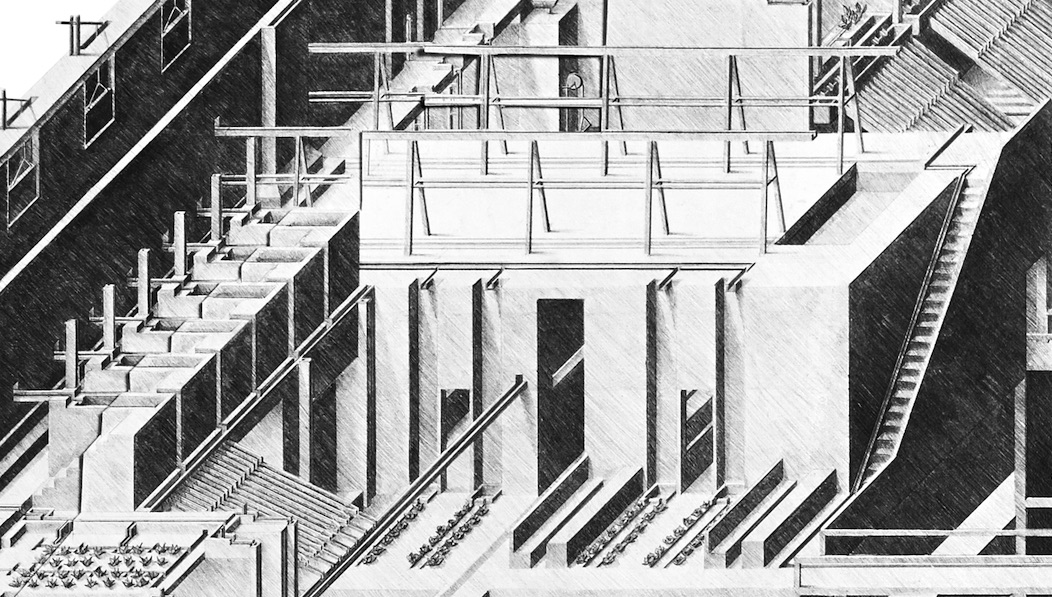 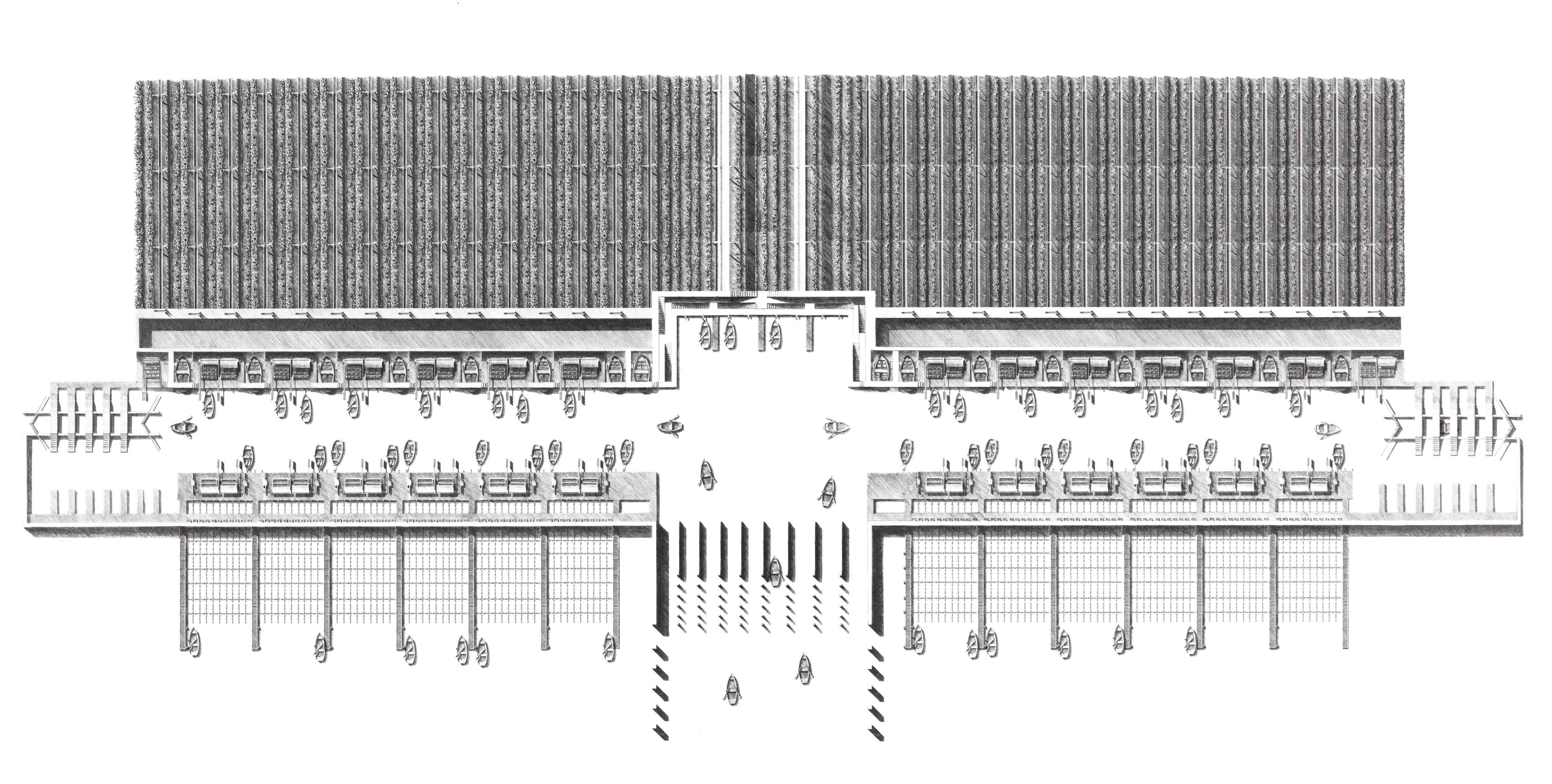